Posted on August 28, 2011 by reflectionsonawastedlife

Despite the relaxation of restrictions in my diet, I’m finding it difficult to eat anything of substance. A few mouthfuls and I’m stuffed. The appetite disappears. I was feeling hungry as soon as we entered the supermarket yesterday, yet all I could manage when I got home was a tin of soup (with cream) and half a slice of toast. Even the toast was made with a mini loaf, so I guess that doesn’t count as a half at all. Even Lewis making himself Fajitas, which smelled delicious, couldn’t tempt me into anything more substantial. I noted from the leaflet the nutritionist at the hospital gave me that I’m allowed to eat tripe. Surprisingly the prospect of me eating tripe does nothing to improve my appetite. My Dad is a big offal fan, I think it’s a wartime thing. I remember my Mum cooking him tripe in many forms. I even tried tripe and onions (raw in vinegar) when I was a youngster, but I can still remember the taste and texture today. No thanks.

Seeing coverage on BBC3 of Reading Festival only fills me with sadness, but at the same time joy at seeing so many young people having such a great time and enjoying the music. It occurred to me the other night that this would be the first year since 2001 that I have not attended either Reading or Leeds. Reading was my first festival way back in 1975, and that’s when the bug really hit me. In those days it was known as Reading Rock, and was very much a rock festival. Nowadays both the audience and the line up a very different. That’s not a criticism in any way. I’m not one of those boring middle aged farts that says ’ it was better in my day’, because it wasn’t, it was just different. Part of the joy of going to festivals is seeing kids enjoy themselves, and Reading is traditionally, most peoples first. Most parents would be shocked if they knew the excesses their kids get up to, but that’s all part of growing up isn’t it. I still think I’m as young as them when I’m at a festival, and love today’s music as much as I did the progressive rock of the seventies. I’ve had nothing but respect from kids I might be mingling with on the fringe of the mosh pit (ok, I admit, I’ve given up the mosh pit now). It made me laugh yesterday seeing someone, probably 15 years younger than me, tweeting from Leeds that they were middle aged, and (perhaps jokingly) slating music of today. If I knew when I was going to die, then I’d admit to when ‘middle age’ was, but for the time being I’m still a kid. As much as I would have loved to have been there, I know I would not have the stamina. Believe me, a 3 day festival takes a lot of stamina, particularly when the weather is typically British summer weather – wet and muddy. 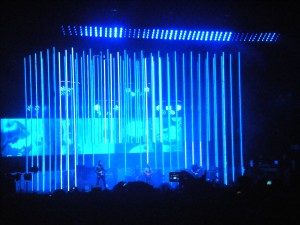 Today I’m going to make the most of the fact that my hairdresser is here – Lewis. He is the only person other than myself and M who has cut my hair in the last 15 years. It’s hard to do the back of your head with clippers on your own. I’m going to try out my pound shop hair dye, so what colour it comes out is, at this point in time, down to chance. I had been thinking about whether I should be cutting and dying my hair at all, in view of what lies ahead of me, but in the end I decided it’s part of me. It’s what I am. I’m used to people looking at me, as I read the shock see in their eyes, oh my god his hair is orange/platinum/purple/red. I remember in 2004 putting a temporary colour in my already dyed platinum/white hair. We were off to see The White Stripes in Blackpool, and in their honour decided to put this temporary red stripe through the centre of my hair, front to back. I loved Jack & Meg, and still do, and the gig was proper mad, proper moshing, and to add to the frenzy, on the bouncy floor of the Empress Ballroom. Within 15 minutes I was sweating like a pig in a Turkish sauna, shirt was off, in fact I’d already lost it, and the sweat was spurting out of every pore on my body, including my head. What I hadn’t anticipated was the ‘temporary’ hair colour starting to run, down my face and into my eyes. No T shirt to wipe it off, I spent half the gig in agony and unable to see. At least I could hear it, even though my eyes were burning like someone had thrown acid in my face. Thankfully the gig was filmed for DVD ( White Stripes – Under Blackpool Lights) and so I can re-live this momentous concert whenever I want.

F1 is back today – hooray ! I wasn’t looking forward to the mid season break, but as it happens, events have meant that I’ve not really had time to think about it. I’m disappointed that Jenson Button only managed to qualify in 13th place, at the same time pleased to see Lewis (Hamilton) No. 2 on the grid. I’ll be glued to the TV at 1 o’clock. A double bonus this weekend in that Jensen will burning the rubber up and down Deansgate in Manchester tomorrow in his Vodafone McLaren F1. It’s a long time since I’ve experienced the smell and roar of an F1 , and the high buildings of the normally chic Deansgate should make for an amazing experience.